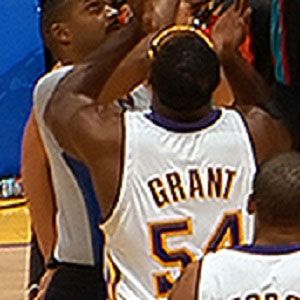 Talented forward and 1994 NBA All-Star known for his defense; won four NBA titles in his 17-year career: 3 with the Chicago Bulls in the early 1990s and 1 with the Los Angeles Lakers in 2001.

He starred for the Clemson Tigers before being drafted 10th overall by the Chicago Bulls in 1987.

He teamed with Hall of Famer Scottie Pippen to form a potent forward combination for the Chicago Bulls.

His twin brother Harvey also played in the NBA. In 2003, he married Andrea Grant.

He spent the first several years of his NBA career playing alongside Hall of Fame guard Michael Jordan.

Horace Grant Is A Member Of