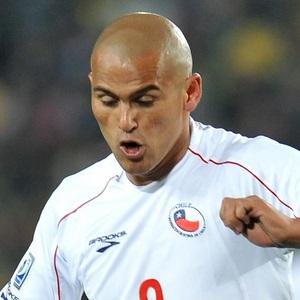 Soccer player best known as a striker for teams like CF Monterey. He was the top goal-scorer in the Chilean Primera Division in 2006 and 2007.

He was born in San Antonio, Chile and played for the local team Club Torino.

He won the Milk Cup with Universidad Catolica in 2000.

He was teammates with Alexis Sanchez on the Chilean team which played in the 2010 FIFA World Cup.

Humberto Suazo Is A Member Of