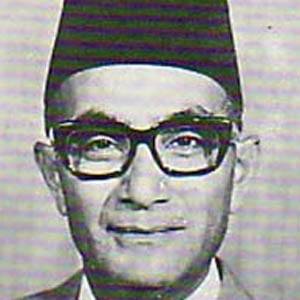 Politician who served as Malaysia's third Prime Minister from 1976 to 1981.

He served in the Indian Army during World War II, and returned to Malaysia in 1945 to join the Johor Bahru Police Depot.

He retired as Prime Minister in 1981 due to heart problems.

He was the son of Dato Onn Jaafar, a freedom fighter. He married Suhaila Noah, with whom he had six children.

He was succeeded by Mahathir Mohammad, who became Malaysia's fourth Prime Minister.

Hussein Onn Is A Member Of