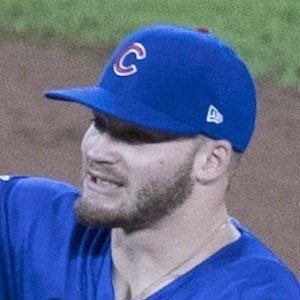 Second baseman and outfielder who made his MLB debut with the Chicago Cubs in 2017.

With a passion for the sport early on, he played college baseball at the University of Cincinnati for the Bearcats. Upon graduation, he was drafted by the Cubs in the first round of the 2015 MLB Draft.

He is known for being a switch hitter and can bat both right and left handed depending on the pitcher.

He became teammates with fellow infielder Javier Baez on the Cubs.

Ian Happ Is A Member Of