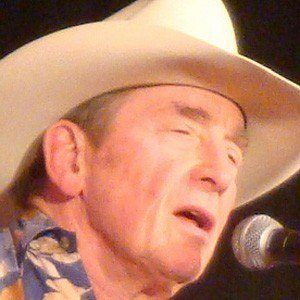 Singer-songwriter who was one-half of the duo Ian and Sylvia from 1964 to 1975 and later wrote the highly successful song "Four Strong Winds."

His first band was called The Sensational Stripes; it didn't have much success, but it served as inspiration for future projects.

He was nominated for Solo Artist of the Year at the Canadian Folk Music Awards in 2009.

He was married to Sylvia Fricker Tyson and later to Twylla Dvorkin; both marriages ended in divorce.

Ian Tyson Is A Member Of