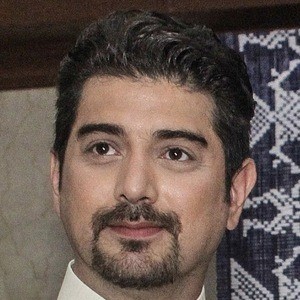 Filipino film and television actor well known for his appearances in shows like Pangako Sa 'Yo, Got To Believe, and Darating ang Umaga. He was also a regular on the now-defunct youth variety show That's Entertainment for almost ten years.

He began his acting career in the early 1980s, earning his first roles in the 1982 film Never Ever Say Goodbye and the 1982 series Joey and Son.

He is an outdoors enthusiast and is a licensed pilot, skydiver, paraglider, and scuba diver. He also used to be a rider for the Shell-Yamaha motocross racing team.

He was born Stephen Ian Veneracion to Susan and Roy Veneracion. He and his wife have three children.

He starred alongside Kris Aquino and Jodi Sta. Maria in the 2015 film All You Need Is Pag-Ibig.

Ian Veneracion Is A Member Of