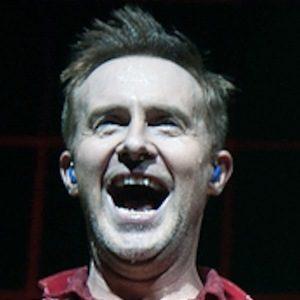 Welsh singer, dancer, and stage actor who is best recognized for being a member of the British pop group Steps. He is also known for having been a part of the side project H & Claire which he formed with fellow former member Claire Richards.

He first started his career as a singer in 1997 when he joined the Steps group. He went on to release his first album with the group Step One in 1998. He then went on to study acting at the Royal Academy of Music and appeared in several stage productions throughout 2007 and 2008.

He is also known for having appeared as a contestant on several reality television shows including . on the S4C network, The Chase on ITV, and Bargain Hunt Famous Finds in 2008.

He was born and raised in Llwynypia, Wales and had two sons via surrogate names Macsen and Cybi.

He partnered with fellow pop singer Connie Fisher when he appeared on the Bargain Hunt Famous Finds series.

Ian Watkins Is A Member Of