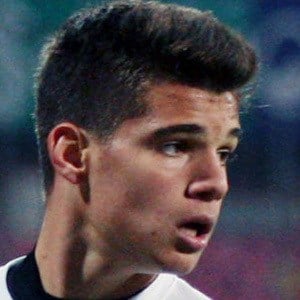 Romanian professional football player who is known for his work as an attacking midfielder on both the Romanian national team as well as the Belgian club Genk. He won the Cupa Romaniei during the 2019 season with the Viitorul Constanta club.

His professional debut came at the age of 16 with the Viitorul Constanta club. He had previously played on several Romanian youth national teams.

He was named Romanian Young Player of the Year during his 2015 season.

His father is Gheorghe Hagi and he trained in his football academy.

He shared a photo with teammate Rivaldo on his Instagram in May of 2019.

Ianis Hagi Is A Member Of