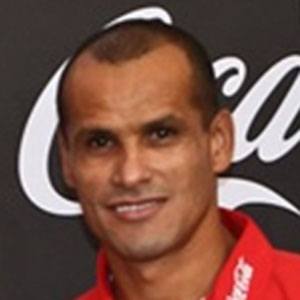 Midfielder who spent a decade on the Brazilian national team from 1993 to 2003 and enjoyed a successful club career with such teams as FC Barcelona and AC Milan.

He began his professional career with Santa Cruz in 1991.

He amassed 136 goals in 253 appearances in five years with FC Barcelona.

He grew up in a poor family, losing several teeth early in his childhood because of malnutrition.

He played alongside Ronaldo on the Brazilian national team from 1994 to 2003.

Rivaldo Is A Member Of