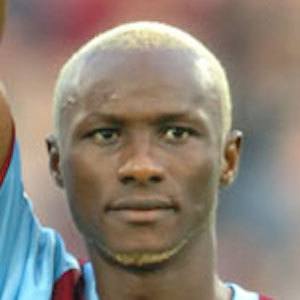 Attacking midfielder and right winger who is famous for his international club career, including for Belgian club UR La Louvière Centre since 2013. He helped lead Turkish club Trabzonspor to two Turkish club victories in 2004 and 2010.

He made his professional debut for San Garedi in 1998.

He played for the Guinea national team at the 2004 and 2006 African Cup tournaments. He appeared on Survivor Turkey in 2016.

He was originally born and raised in Kamsar, Guinea-Conakry.

His style of play has been commended by prolific Spanish soccer coach Luis Aragones.

Ibrahim Yattara Is A Member Of