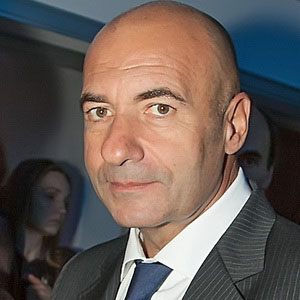 The recipient of the 1989 Lenin Komsomol Prize, this Soviet-born composer, performer, and music business executive wrote and produced pop songs such as "Nezakonchenniy Roman" and wrote the soundtracks to films such as The Snow Queen (2003) and Thirst for Passion (1991). In addition, he produced a Russian television series titled Star Factory.

A self-taught accordionist, he received formal musical training at the Kirovograd Music College, the Nikolaev State Pedagogical Institute, and the Saratov Conservatory.

He headed a music talent agency known as ARS and purchased a share of the Russian music video channel Muz-TV.

Born in Haivoron, USSR (present-day Ukraine), he is the son of Yakov Krutoy and Svetlana Krutaya and the brother of television host Alla Krutaya Baratta. His first marriage -- to Yelena Krutaya -- produced a son named Nickolay, and his later marriage to Olga Krutaya resulted in daughters named Victoriya and Aleksandra.

His musical collaborators include Philipp Kirkorov and .

Igor Krutoy Is A Member Of