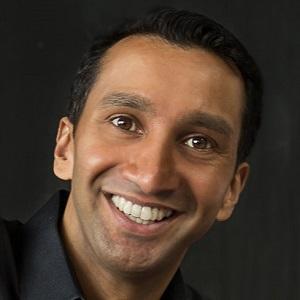 After rising to fame for his performances at the 2010 Edinburgh Festival Fringe and on the BBC One stand-up comedy program Michael McIntyre's Comedy Roadshow, this comedian toured his one-man show, An Audience with Imran Yusuf, throughout the United Kingdom.

Before beginning his stand-up comedy career, he helped develop Spy Hunter and other popular video games for the Midway Games company.

Though he was born in Kenya, he grew up primarily in London, England, as a member of a family of Indian heritage.

In 2011, he appeared on Charlie Brooker's popular BBC Two series, How TV Ruined Your Life.

Imran Yusuf Is A Member Of