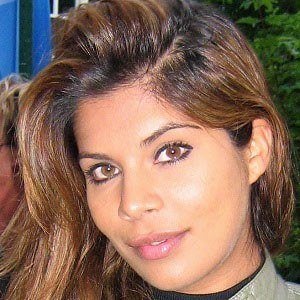 German pop singer and actress best known as a member of the POP/R&B group Bro'Sis, a band formed by the mega hit German reality series, Popstars.

As a member of Bro'Sis, she participated in the band's first two albums, before announcing her departure from the group in May, 2003.

In addition to her solo career, which includes hits like "Beautiful Destination" and "Hol de Radio," she has found success as an actress, appearing in movies like 2009's Snowblind, and TV shows like Ich bin ein Star.

Born Verena Weis, she earned her nickname "Indira" on a family trip to India as a child. Her mother, Manju, is of Indian descent.

Her debut single was a cover of "When Will There be a Proper Summer Again?" made famous by Dutch entertainer Rudi Carrell.

Indira Weis Is A Member Of