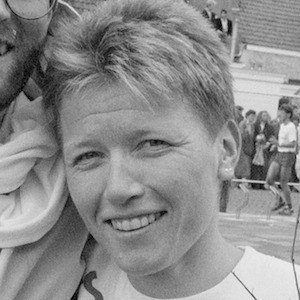 Long distance runner who was the 1987 World Champion in the 10,000 meter race, and has set numerous world records.

She was a European Junior Champion cross country skier as a youth, before focusing on running.

She just missed the podium at the 1984 Olympics, coming in fourth place in the marathon.

She got married during her career, and has two children.

In 1985 she won the London Marathon, and set the new world record, besting a record previously held by Joan Benoit.

Ingrid Kristiansen Is A Member Of