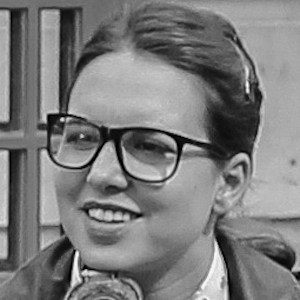 Actress and comedian that makes up one half of the comic duo Watson & Oliver. She also portrays Petronella Osgood in the long running science fiction series Doctor Who.

She met Watson & Oliver partner Lorna Watson at Tiffin Girls' School. They performed their first show together in 2005 at the Canal Cafe Theatre in London.

She appears as Mrs. Stamp in the 2008 comedy Angus, Thongs, and Perfect Snogging, a film based on the Confessions of Georgia Nicolson book series.

She was born and raised in London, England. Her mother became a British politician, taking a seat as Member of Parliament for the constituency of Stoke Central.

In 2009, she starred alongside Daniel Mays in the Channel 4 sitcom Plus One.

Ingrid Oliver Is A Member Of