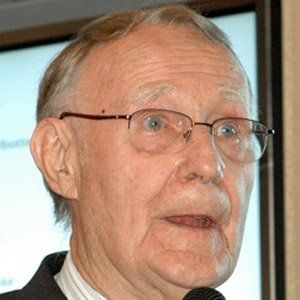 IKEA founder who was estimated to be the world's fifth richest man at one time.

He started his entrepreneurial career by buying matches wholesale and re-selling them at modest profits. This later expanded to selling fish, to decorations and more.

He named his store IKEA, which was derived from his initials and the first letters of the town he grew up in.

He married twice. His second wife died in 2011 from a disease that was kept from the media. He had four children named Peter, Mathias, Jonas and Annika.

He was estimated to be worth more than Bill Gates by Swedish papers around the mid-2000s.

Ingvar Kamprad Is A Member Of