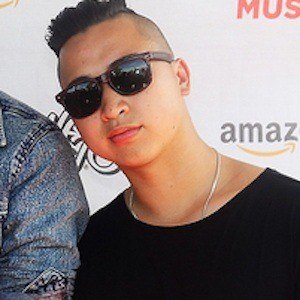 Guitarist and backing vocalist for the Australian rock band With Confidence, which released a charting debut album called Better Weather in June of 2016 through Hopeless Records.

He was the fourth and final member of With Confidence to join in 2012; his three band mates all attended high school together. They first started posting videos on YouTube in 2013.

Before their full-length debut, he and With Confidence put out EPs called Distance and Youth.

He has been in a relationship with Kristen Taylor.

He and Luke are joined by Joshua Brozzesi and Jayden Seeley in With Confidence.

Inigo Del Carmen Is A Member Of