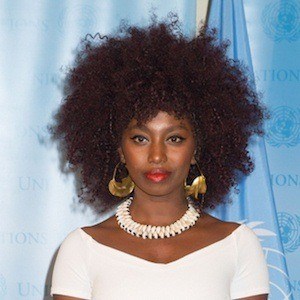 She sang "Lucky" with Jason Mraz during the Fête de la Musique special TV show produced by France 2. This led to her opening for Sliimy.

She grew up with six siblings.

She and world music singer Shreya Ghoshal were born in 1984.

Inna Modja Is A Member Of