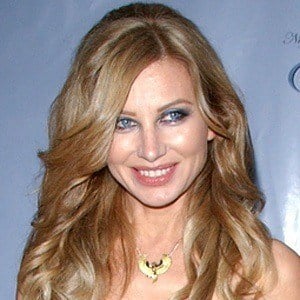 Russian pop and rock singer who originally gained popularity in the 90's under the pseudonym Diana. She found further success as founding member of the band Reflex, who have earned multiple Golden Gramophone Awards for such songs as "I'll Be Your Sky."

She moved to the Russian town of Novosibirsk against her parents' wishes at age 17. There, she she attended a music college and became immersed in jazz.

Her first English-language single as a solo artist, "Sunrise," was released in 2010.

Singer Maria Callas is one of her biggest inspirations.

Irene Nelson Is A Member Of