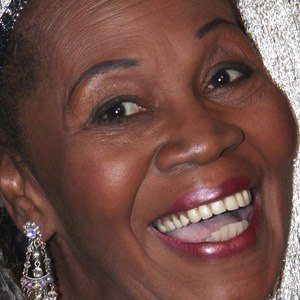 Actress who played wise matriarchal characters in Soul Food and Gift for the Living.

She grew up in Dallas, Texas and debuted in Book of Numbers when she was 36.

She is a Chicago Film Critics Association Award-winning actress.

She has four grandchildren and her mother was the actress Josephine Hall.

She was in the film The Lady Killers with Tom Hanks.