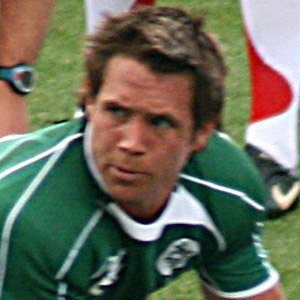 Scrum-half and fullback who has played internationally for Ireland, including at the 2007 and 2011 World Cups.

He signed a four-year contract with Leinster in 2010, and instantly became one of the club's top players.

He was born in Tokoroa, New Zealand, but has played for Ireland because his grandmother was born there.

He has played on Ireland's national team alongside Conor Murray.

Isaac Boss Is A Member Of