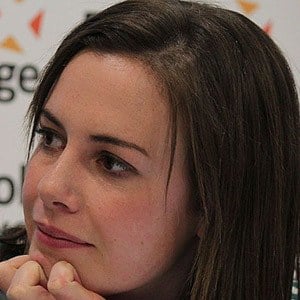 British political journalist who came into the spotlight as an assistant editor for The Spectator. She has also written a weekly column for The Daily Telegraph and has hosted the BBC Radio 4 program Week in Westminster.

She earned her degree in English literature from the University of Exeter in 2007.

She authored the 2018 book Why We Get the Wrong Politicians.

Her father Michael is a founder of the Campaign for Real Ale. She has been in a relationship with politician John Woodcock.

She's been a regular contributor to a BBC One talk show hosted by Andrew Marr.

Isabel Hardman Is A Member Of