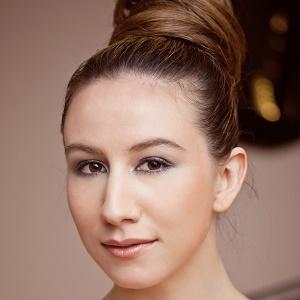 Famous as a principal dancer with the renowned American Ballet Theatre (ABT), she has originated leading roles in works by Christopher Wheeldon, Alexei Ratmansky, Benjamin Millepied and Liam Scarlett. Her many prominent roles include the title character in Giselle, Odette/Odile in Swan Lake, and Kitri in Don Quixote.

During her time at Florida's Harid Conservatory, where she began training at the age of 15, she was awarded the Reuger Dance scholarship and studied during the summers at Boston Ballet School, the School of American Ballet, and ABT. She joined ABT's Studio Company in 2005.

She was a recipient of the Princess Grace Award in 2009, a nominee for the Prix Benois de la Danse in 2010, and was honored with the Clive Barns Award in 2011. She is an avid skier and a science enthusiast.

She spent the first seven years of her life in Sun Valley, Idaho, and the remainder of her childhood in Colorado, where she trained at the Boulder Ballet and at Denver's Colorado Ballet Academy.

In 2010, she worked as the costume designer for a Pacific Northwest Ballet staging of choreographer Benjamin Millepied's 3 Movements.

Isabella Boylston Is A Member Of