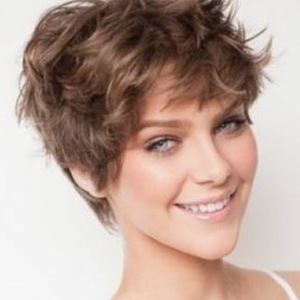 Actress best known for playing Karina Duarte on the Brazilian soap opera Malhação. Since appearing on the show, she has been cast on such series as Ligações Perigosas, A Lei do Amor and Orgulho e Paixão.

She lived in Nova Iguaçu, Brazil until she was 15 years old.

She won the Melhores do Ano award for Best Revelation in 2015.

She has a sister named Nina.

She played the love interest of Rafael Vitti's character on Malhação.

Isabella Santoni Is A Member Of