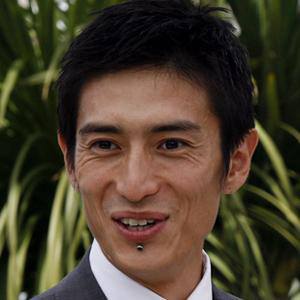 Japanese actor and model who appeared in numerous films including Casshern in 2004 and Ashita no Joe in 2011. In 2010, he played a role in 13 Assassins.

He graduated from Tokyo University of Arts and completed a Master's degree before working as a model.

His half-brother is actor Kansai Yamamoto.

He is a Japanese film actor like Tadanobu Asano.

Iseya Yusuke Is A Member Of