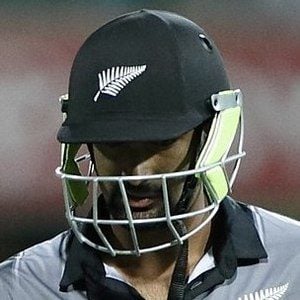 Right-arm leg spinner who's played for New Zealand in all three forms of the game. He made his Test debut in 2013 and has played for Northern Districts in domestic cricket.

During the 2016-2017 Big Bash season, he took 6-11 in a match against the Sydney Thunder, the second best figures in the league's history.

He was born in Ludhiana, India to Rajbir Singh Sodhi and Simrat Sodhi.

He has played for New Zealand alongside Kane Williamson and Trent Boult.

Ish Sodhi Is A Member Of