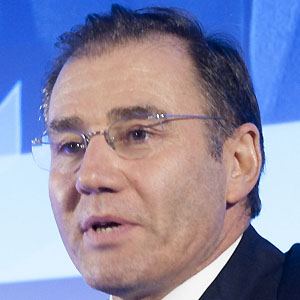 Australia's second-richest man. At one point he was worth more than $6 billion from his mining and trading ventures.

He earned his MBA from the University of Southern California after which he joined the commodity trader Marc Rich & Co., eventually rising to executive level.

He was asked about his work-life balance and said he didn't believe in it because work should be everything.

He had two children with his wife. They settled in the village of Rüschlikon in Switzerland.

He and Gina Rinehart were both powerful billionaire Australian mining magnates.

Ivan Glasenberg Is A Member Of