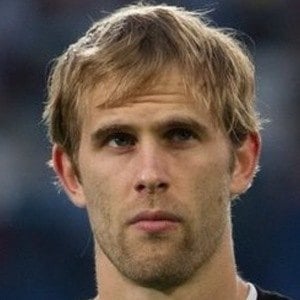 Left-back for the Croatia national football team who also began playing for AC Milan in 2018. He previously spent years as part of the Hajduk Split, Dnipro Dnipropetrovsk, Napoli and Sampdoria football clubs.

He began his youth career with Hajduk Split before moving to France to play for Le Mans B.

He helped Croatia advance to the 2018 FIFA World Cup final where they lost to France.

He was born in Split, SFR Yugoslavia.

Mario Mandzukic was a teammate of his during Croatia's 2018 World Cup run.

Ivan Strinic Is A Member Of