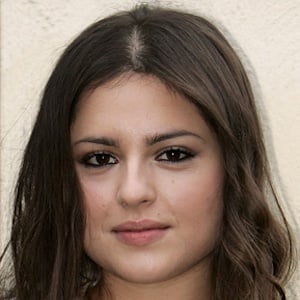 Italian actress known for her roles in theater, film, and television. She is best known for having starred in the 2010 feature film Letters to Juliet and for appearing as the recurring role of Azzurra Avitabile in the 2016 series Gomorrah.

She attended a variety of acting classes as a child and after high school, she moved to Rome and attended the Experimental Center. She made her television debut in 2006 when she starred in A Volte Verso Sera. She then earned further recognition in 2010 when she starred in Letters to Juliet.

She is also known for having appeared in the 2008 documentary Puccini - Magier der Leidenschaft.

She was born in Manfredonia, Puglia, Italy and was raised in Corato. Her father was from Corato as well.

She starred alongside Amanda Seyfried and Gael Garcia Bernal in the 2010 feature film Letters to Juliet.

Ivana Lotito Is A Member Of