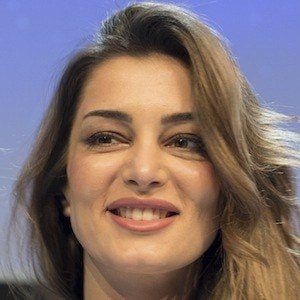 Armenian representative of the 2016 Eurovision Song Contest who finished in 7th place with her song "LoveWave." She previously finished in 5th place on the 4th season of Hay Superstar, and auditioned to be on the 2nd season of The Voice Germany.

She studied jazz-vocal at the Yerevan Komitas State Conservatory.

She made her acting debut in 2016 when she was cast in Run Away Or Get Married. She was named the "Sexiest Armenian" by El Style in 2012.

She moved with her family from Armenia to Germany in 1992, returning to her birth country in 2009. Her sister Marianna is a stylist.

She and Sergey Lazarev were both competitors in the 2016 Eurovision Song Contest.

Iveta Mukuchyan Is A Member Of