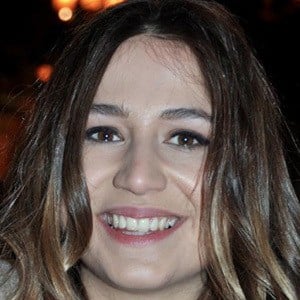 French rock singer, guitarist and actress known for her roles in films like Summertime, Saint-Amour, and Rodin. She released her first studio album, Izia, in June 2009.

She played her first live show in 2004, with Caravan Palace bassist Antoine Toustou. She left school at 15 to focus on her music career.

In 2013 she won The César Award for Most Promising Actress for her role in Bad Girl.

Her parents are dancer Aziza Zakine and singer Jacques Higelin. Her half-brothers, Arthur and Kên, are also musicians. She and Bastien Burger had a child on August 1st, 2018.

Gerard Depardieu, Chiara Mastroianni and Ana Girardot were amongst her costars in Saint-Amour.