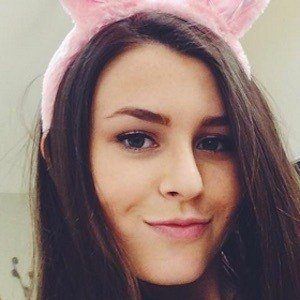 YouTube fashionista who is known for her eponymous channel. She has gained particular renown for her frequent beauty and makeup hauls and tutorials, as well as personal vlog entries.

She has amassed more than 7,000 subscribers to her YouTube channel since its creation. One of her most popular videos, "SOPHIA LUCIA BUN TUTORIAL!", has earned more than 10,000 total views.

She has two older siblings, Alexa and Chad.

Izzy Guzzi Is A Member Of