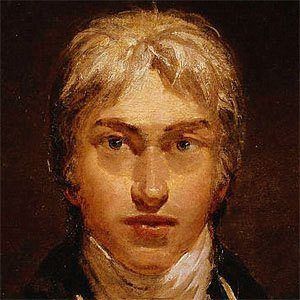 British landscape painter, water colourist, and printmaker who was known for his oil paintings and became one of the great masters of British watercolour landscape paintings.

He produced his first series of art in the form of simple colourings of engraved plates from Henry Boswell's Picturesque View of the Antiquities of England and Wales.

A major exhibition of his work was displayed at the Metropolitan Museum of Art and the National Gallery of Art between October 2007 and September 2008.

He never married but had a relationship with an older woman named Sandy Danby, and they had two daughters.

Like him, George Inness was also a landscape painter.

J.m.w. Turner Is A Member Of