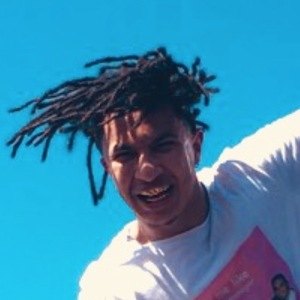 Most Popular#31200
Rapper Born in Netherlands#7

Dutch hip-hop artist who is known for the 2017 album Happyland which spawned the singles "kandycush," "2staertjes," and "heppieland." He has gone on to amass more than 200,000 followers on his happytrillboy Instagram account.

He built a fan base by releasing songs on the music sharing platform SoundCloud. He released his first single in late 2015.

In 2017, he performed at the Melkweg music venue in Amsterdam.

Both he and fellow rapper Typhoon were born in the Netherlands.

Most Popular#31200
Rapper Born in Netherlands#7

Jacin Trill Is A Member Of