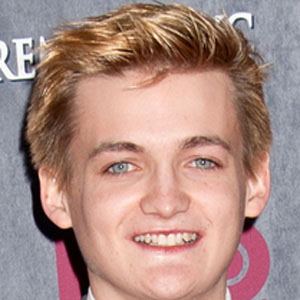 Irish screen actor who played the role of Joffrey Baratheon on the popular television series Game of Thrones from 2011 until 2014.

He started acting when he was seven years old. His early film appearances included roles in Shrooms and Batman Begins.

He founded and became the artistic director of the Collapsing Horse Theatre Company in Dublin, Ireland.

He was raised in Cork, Ireland. He has sisters named Rachel and Hannah.

He appeared in A Shine of Rainbows, a 2009 Irish film starring Aidan Quinn.

Jack Gleeson Is A Member Of