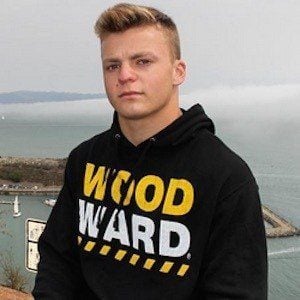 Pro-tumbler who rose to fame through the social media outlets Vine and Instagram. He has amassed over 480,000 followers on Instagram.

He competed and placed in tumbling throughout high school.

He has filmed with the athletic clothing company Under Armour.

He is originally from Lexington, South Carolina and later lived in Irmo. He has an older brother named Bailey and a younger sister named Macie. He began dating Affaf Buslach in 2019.

He's trained with Gabi Butler and posted a Vine of her tumbling in 2015.

Jack Payne Is A Member Of