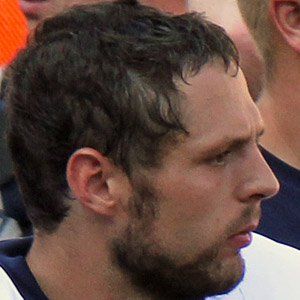 NFL tight end who debuted in 2008 for the Indianapolis Colts. After four years with the Colts, he signed with the Denver Broncos in 2012.

He starred in football, basketball, and baseball at Boyle County High School, before focusing on football while attending the University of Kentucky.

After having just 47 receiving yards in his first two NFL seasons combined, he erupted for 631 yards in his third season.

He married Allison Tamme early in his NFL career.

He caught passes from Peyton Manning as a member of the Indianapolis Colts and the Denver Broncos.

Jacob Tamme Is A Member Of