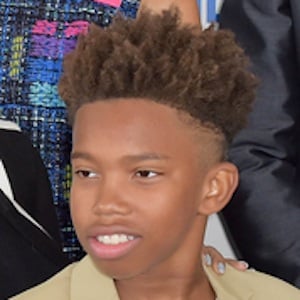 Child actor known for portraying the youngest version of Kevin in the Oscar-winning film Moonlight. He was then cast as Caleb in 2018's Boo!

He was a student at Norland Middle School in Miami.

He shared multiple ensemble acting awards with his Moonlight cast, including wins at the Gotham Awards and Film Independent Spirit Awards.

He is the son of Natalie and Eric Piner. He has a brother named Jordan.

Jaden Piner Is A Member Of