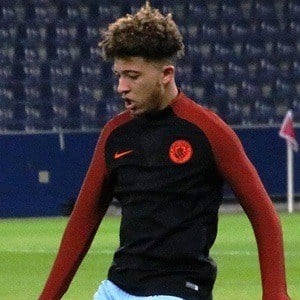 Soccer prodigy who played striker and left wing for the Under-18 Manchester City club. In 2017 he made his senior debut with Borussia Dortmund.

He played with Watford's youth team until March of 2015.

He also played international matches for England's U-16 and U-17 squads. He scored twice in the first 4 minutes of his debut with the Manchester City Under-18 club.

He is of English and Trinidadian and Tobago nationality.

He played for manager Pep Guardiola while with Manchester City.

Jadon Sancho Is A Member Of