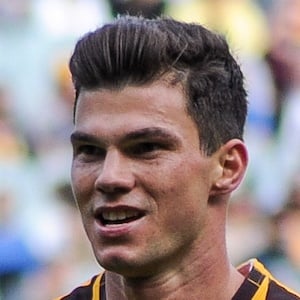 He won the AFL Rising Star award in his first season in 2013.

Josh Gibson and Isaac Smith have also played for the Hawthorn Football Club.

Jaeger O'Meara Is A Member Of