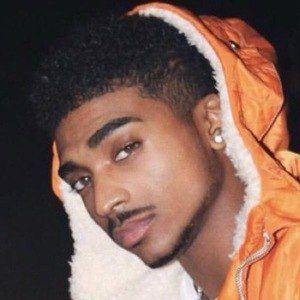 Hip hop artist who released his Next Up EP in October 2017. Also popular on social media, he has cultivated an audience of more than 60,000 fans posting selfies and photos of his daily life on Instagram.

Before becoming a social star he was a skilled athlete, competing in track during middle school and high school.

In addition to his Instagram, he has also posted regularly to his pbandjai Tumblr blog.

His uncle is a music producer and inspired him to become interested in music as well. He is one of four siblings, with one older sister and a younger brother and sister.

He is a fan of rapper Travis Scott.

Jai Buchanan Is A Member Of