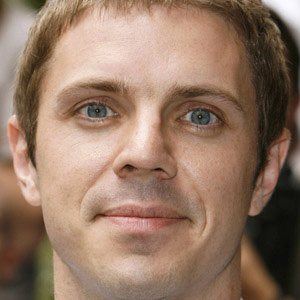 He attended Occidental College in California before moving to New York at age nineteen.

He and Scissor Sisters released Magic Hour, the #1 electronic album of 2012.

He was raised as an only child. Openly gay, he began a relationship with Chris Moukarbel in 2004.

He cited Dolly Parton as one of his musical influences.

Jake Shears Is A Member Of