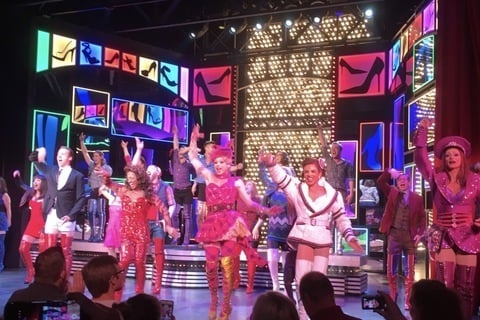 Inspired by true events, the musical tells the story of Charlie Price, a man who inherits a shoe factory from his father and forms unlikely partnership with cabaret performer and drag queen Lola.

The show is based on the 2005 British film of the same name. The original production premiered off-Broadway at the Bank of America Theatre in Chicago in October 2012.