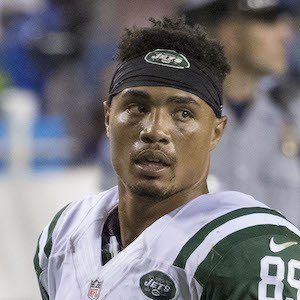 Wide receiver who became a standout player for the Ohio State Buckeyes before deciding to forgo his final two years of school to enter the 2016 NFL Draft. Later that year, he made his NFL debut as a member of the New York Jets.

He played quarterback and wide receiver at Middletown High School in Middletown, Ohio.

His 38 receptions in 2014 were the most by an Ohio State freshman since Cris Carter.

He has a daughter named Aliyiah.

He caught his first career touchdown from quarterback Ryan Fitzpatrick.

Jalin Marshall Is A Member Of