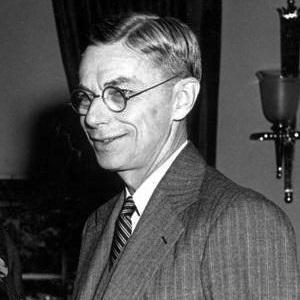 Chemist and longtime President of the Harvard University who developed poisonous gases during WWI. He was also the first U.S. Ambassador to West Germany.

He was the editor for The Harvard Crimson when he attended Harvard University, where he was later made President in 1933.

He was a part of the Interim Committee that was formed to advise the new president, Harry S. Truman on nuclear weapons after FDR died in April of 1945.

He married Grace Thayer Richards on April 17, 1920. They had two sons together.

He was given the Medal for Merit by Harry S. Truman in 1948.

James Bryant Conant Is A Member Of