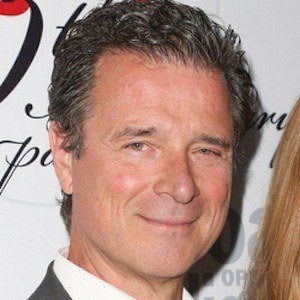 Soap opera actor who is best known for his role as Max Holden on One Life to Live.

He performed as a bassist in the band, Livewire before starting his acting career.

He has also had guest roles on Square One Tv, Mathnet and Simom & Simon.

He married Kassie DePaiva in 1996, and has a daughter named Dreama with ex-wife, Misty Rowe.

James DePaiva Is A Member Of