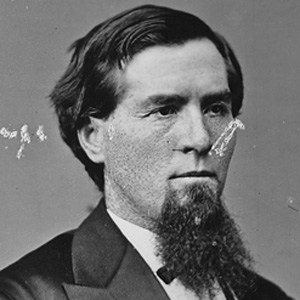 Arkansas politician and member of the Democratic party who served in the United States House of Representatives from 1871 to 1873.

He graduated in 1855 from the University of Louisville with a law degree.

He served as an Arkansas judge in the mid-to-late 1860s.

His family lived in Helena, Arkansas at the time of his birth.

He was a Democrat from Arkansas, like forty-second U.S. President, Bill Clinton.

James M. Hanks Is A Member Of