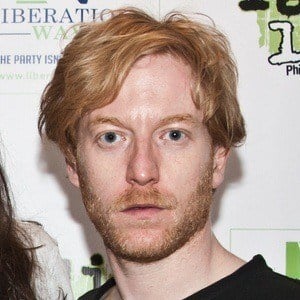 Professional bassist who is known for his work with the Scottish rock outfit Biffy Clyro. As a member of the band he signed a recording contract with Beggars Banquet Records in 2001.

The first concert he ever attended was a 1995 Rancid show.

He has been known to primarily play jazz bass guitars made by Fender.

He is the twin brother of fellow Biffy Clyro member Ben Hamilton Johnston.

He played in a band called Screwfish with rock singer Simon Neil.

James Johnston Is A Member Of