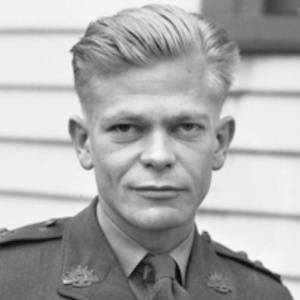 An Australian author, journalist, poet, academic, and literary critic, he is best known for his 1975 work, A Map of Australian Verse. His other poetry volumes include Captain Quiros, Surprises of the Sun, and Music Late at Night.

He studied Latin, philosophy, and English at Sydney University and edited his college's literary publication.

He collaborated with another poet on the writing of modernist nonsense poems, which the two published as an elaborate literary hoax.

He was raised in a suburb of Sydney, Australia, and he attended Fort Street High School.

He was a literary contemporary of New Zealand poet Allen Curnow.

James McAuley Is A Member Of