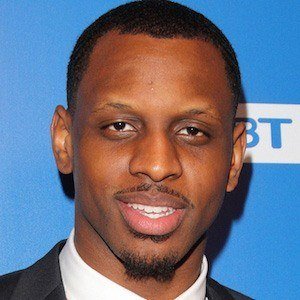 Small forward who is known for his playing career in international leagues and in the NBA D-League. In 2015-16, he played for Sidigas Avellino Italy's Serie A, where he averaged 18.4 points and was named league MVP.

He was a McDonald's All-American nominee as a high school senior. He played collegiate basketball for the University of California, Santa Barbara Gauchos, where he earned second team All-Big West honors as a senior.

He has played in the NBA for the Atlanta Hawks and Philadelphia 76ers. He played two 10-day contracts with the latter in the 2013-14 season.

He was born and raised in San Jose, California.

He has played alongside Marques Green for Sidigas Avellinio.

James Nunnally Is A Member Of